Understanding Moving Averages And Its Types

Moving averages are amongst the easiest and the most popular tools available to a technical analyst. They smooth out price action by separating the noise from random short-term price fluctuations. They act as building blocks for various other technical indicators as well as overlays.

The most common applications are to determine resistance and support levels and to identify the direction of the trend. While moving averages are enough to be used on their own, they form the basis of technical indicators like moving average convergence divergence, Bollinger Bands, and McClellan Oscillator.

Security can only do one thing – it can trend up, trend down, or trade in a range. When security forms a series of higher lows and higher highs, an uptrend is established. Downtrend is a situation where the security created a series of lower highs and lower lows. When the security is neither able to establish an uptrend or downtrend, it is trading in range. Moving averages follow the trend, and this is why they work the best when a security is following a trend and are ineffective when security is moving in a trading range.

As the name suggests, a moving average is an average that moves. So, the old data is ignored as the new data becomes available, making the average to move along the time scale.

In the above example, prices are slowly increasing from 10 to 16 over a period of 7 days. Notice that the moving average rises from 12 to 14 over a 3-day calculation period. It is noteworthy the SMA is below the price of the security on the last day.

What Does SMA Tell You?

An SMA is customizable, which means that it can be computed for different number of periods, simply by adding the security’s closing price for a number of days. A simple moving average evens out volatility and makes it simpler to look at the price trend of a security.

If the SMA points up, it means that the price of security is increasing. Whereas, if it is pointing down, it signals that the security’s price is reducing. SMA will be smoother if it is calculated over a longer time frame.  However, when there is no trend, SMA might give misleading signals.

Two commonly used trading patterns that employ SMAs include a golden cross or a death cross.

Moving averages are a vital analytical tool employed to locate current price trends and the possibility of a change in an established trend. The easiest way of using SMA is analysis is utilising it to instantly identify if a security is in a downtrend or uptrend.

Another popular, although, a more complex analytical tool is to contrast a pair of SMAs to one another covering different time frames. For example, if a shorter-term SMA is above the longer-term SMA, an uptrend is expected. On the other hand, a longer-term average above a shorter-term SMA signals the possibility of a downtrend.

EMAs reduce the lag in SMAs by applying more weight to the newer prices in comparison to the older prices. EMAs differ from SMAs in that the calculation of EMA on a given day depends on the EMA calculations for days prior to that day. So, you need far more than ten days of data to compute a reasonable accurate ten-day EMA.

There are 3 steps to calculate an EMA. First, compute the SMA for the initial EMA value. Because the EMA has to start somewhere, so an SMA is used as the base in the first calculation. Second, find out the weighting multiplier. Next, calculate the EMA for each day between the starting EMA value and today, utilising the price, the multiplier, as well as the previous period’s EMA value. The formula for calculating a 1-day EMA is written below.

What does EMA tell you?

The most popularly and often analysed or quoted averages are the 12 and 26-day EMAs, which are employed to form indicators like percentage price oscillator (PPO) and the moving average convergence divergence (MACD). Usually, the 50 and 200-day EMAs are utilised as signals of long-term trends. As stock prices cross its 200-day moving average, it indicates that reversal has occurred.

Very often, the optimal point of entering the market has already passed by the time a moving average line has altered to reflect a notable move in the market. An EMA does serve to relieve this dilemma to some extent. This is because EMA calculation puts more weight on the latest data and clings the price action more tightly.

Moving averages indicators are more suitable for trending markets and so are EMAs. When the market is strong, the EMA indicator line will display an uptrend and vice versa in case of a downtrend. A vigilant trader will not only focus on the direction of EMA line but also the rate of change’s relation from one bar to the next.

For example, if the price action of a powerful uptrend begins to reverse and flatten, the rate of change of EMA from one bar to the next one will start to decrease until the rate of change is zero and the indicator line flattens.

Even though there are obvious differences between SMA and EMA, it is not necessary that one is better than the other. EMAs will turn before SMAs. On the other hand, SMAs display a true average of prices for the whole time period. As such, SMAs may be better suited to spot support of resistance levels.

Sometimes, the EMA reacts quickly, making the trader exit a trade on a market hiccup, while the slower-moving simple moving average keeps the trader in trade, resulting in larger profits after the hiccup gets over. The opposite could happen at other times. The faster moving exponential moving signals display trouble faster than the SMA, and so the exponential moving average trader gets out of loss’ way quicker, saving the person’s money and time.

Moving average preference depends on the analytical style, objectives, and time horizon. Chartists should try employing both types of moving averages and different timeframes to spot the best fit.

MACD is used by those traders who observe the relationship between two moving averages. It is usually computed by subtracting a twenty-six-day EMA from a twelve-day EMA.

This technical indicator has bands usually placed 2 standard deviations away from an SMA. Generally, a shift towards the upper band indicates that the asset is becoming overbought, whereas, a move towards the lower band signals that the asset is being oversold. Bollinger Bands indicator adjusts itself as per the market conditions since standard deviation is utilised as a statistical measure of volatility.

Moving averages can be made for any type of data that changes often. It is even possible to consider a moving average of a technical indicator like the MACD. Buy signals are developed when the value of the signal goes above the signal like, whereas short signals are formed from a cross below the signal line.

A moving average can be an effective tool to establish and confirm the trend, identify resistance and support levels, and generate trading systems.

Simple moving average and exponential moving average help see the trend by leveling the price movements. These two types cannot be compared or one is not necessarily better than the other. However, depending on the need of the trader, they can choose to use either or both of the two. 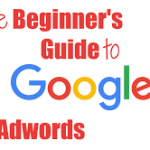 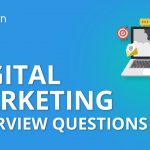 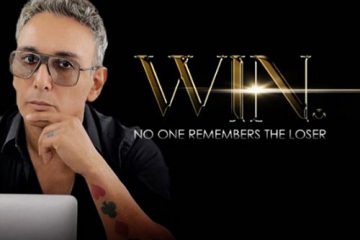